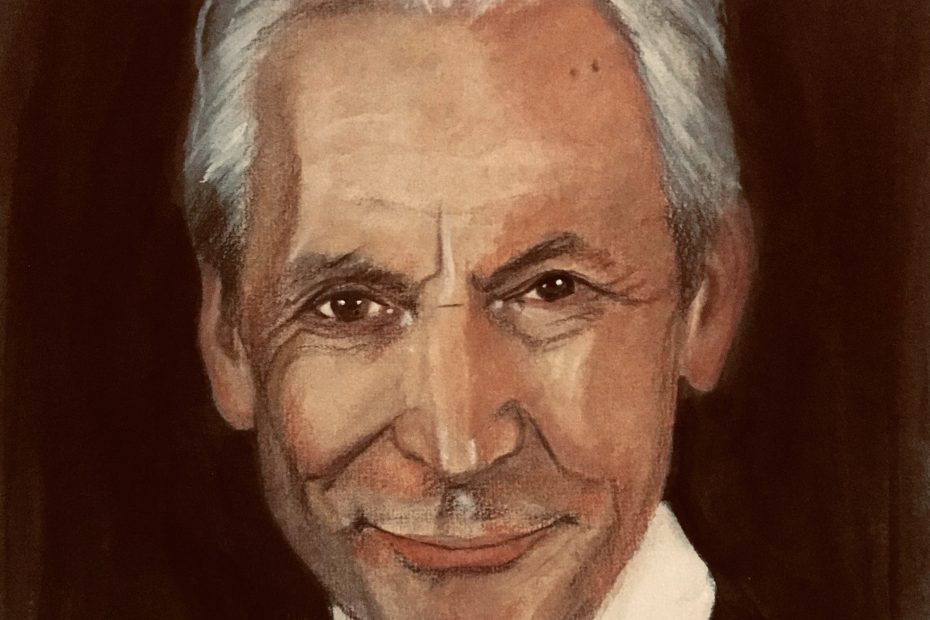 Charles Robert Watts was an English musician who achieved international fame as the drummer of the Rolling Stones from 1963 until his death in 2021.

Originally trained as a graphic artist, Watts developed an interest in jazz at a young age and joined the band Blues Incorporated. He also started playing drums in London’s rhythm and blues clubs, where he met future bandmates Mick Jagger, Keith Richards and Brian Jones. Watts’s first public appearance as a permanent member was in February 1963, and he remained with the group for 58 years.

Nicknamed “The Wembley Whammer” by Jagger, Watts cited jazz as a major influence on his drumming style. At the time of Watts’s death, Watts, Jagger and Richards were the only members of the band to have performed on every one of the band’s studio albums.[1]

Watts was involved in many activities outside his life as a member of the Rolling Stones. In December 1964, he published a cartoon tribute to Charlie Parker titled Ode to a High Flying Bird.[22] Although he made his name in rock, his personal tastes lay principally in jazz.[23]

In the late 1970s, he joined Ian Stewart in the back-to-the-roots boogie-woogie band Rocket 88, which featured many of the UK’s top jazz, rock and R&B musicians.[24]

In 1991, he organised a jazz quintet as another tribute to Charlie Parker. The year 1993 saw the release of Warm and Tender by the Charlie Watts Quintet.

In April 2009, he began performing with the ABC&D of Boogie Woogie. When asked to join by pianist Ben Waters, he quickly agreed; his only demand being that Dave Green play bass, stating, “If Dave does it, I’ll do it.”[27]

No comments to show.